Is your e-commerce site mobile-friendly yet? It's not too late!

Last year Google announced they were about to roll out their “mobile first” index. This means they will primarily look at website from a mobile user’s perspective rather than – as they are doing right now – look at the desktop version.

The shift from using a desktop user agent to a mobile user agent is a natural step towards providing correct, user friendly search results. Since a majority of Google users search on mobile devices, viewing the mobile version as the primary source seems like a sensible strategy.

When the news broke, people within the online industry talked about this to be rolled out in early 2017. But we haven’t seen the complete shift yet, and since Google usually rolls out major updates gradually, we are probably looking at 2018 for this to affect a majority of pages online.

This is obviously good news for those who haven’t adapted their websites yet. There is still be time to take action.

Websites can be in three states regarding mobile indexation:

Depending on where you are, you should act differently when preparing the website for the mobile shift.

This is what Google recommends. With a responsive design the website is fully functioning on all devices and automatically adapts to the device you are using at the moment. The search engine is able to crawl and index all content.

A thing to bear in mind though is how the content is viewed by Google. Historically, content behind tabs has been viewed as less important – some claim Google almost ignores it. This is about to change since tabs often is the best set up for mobile navigation.

Another discussion in the SEO world is whether or not content higher up on a page is viewed as more important than content further down. At least we know that Google prefers website that presents relevant content right away as opposed to ads. This is their statement. When going fully mobile, one can assume this algorithm has to be tweaked since almost all content is below the fold on a smaller screen.

According to Google, having a responsive version in place  is not going to affect ranking. However, if one website is completely mobile friendly and one is not, it’s hard to see complete status quo in the search result after the roll out.

And in the long run, why should someone want to develop two parallel websites when they can have only one?

Having only a desktop version is not a problem (when looking purely from an indexation perspective). Even though Google has mobile glasses on, the search engine will still be able to index all content properly.

From a user-experience perspective, on the other hand, this is obviously a terrible set up. Desktop versions on mobile usually means endless scrolling up and down, left and right, without you finding what you’re looking for.

Furthermore, there’s an ongoing debate whether or not Google includes bounce rate as a ranking factor. Some say they do; some say they don’t. Either way, high bounce rate is bad for several reasons and a desktop version on mobile is like a bouncy castle without walls.

And what if user experience, in any form, becomes a ranking factor in the future. That would be a hard blow for only-desktop-websites.

The recommendation is simple. There’s still time, but the clock is ticking. Go responsive as fast as you can. 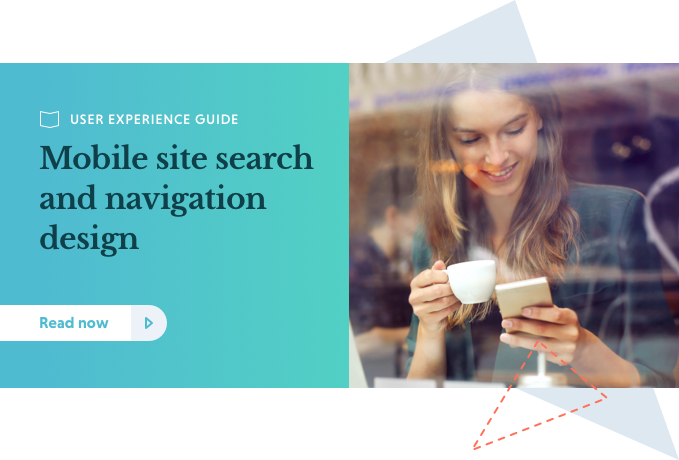